Catholic parishes across the Diocese of Little Rock welcomed 583 new Catholics into the Church during Easter Vigil Masses Saturday, April 20. They participated in their parish's Rite of Christian Initiation of Adults (RCIA) process and fell into two groups: the elect and candidates. The elect had not been baptized or formed in the Christian faith and life. During the Easter Vigil, they were baptized, confirmed and receive their first Communion. Candidates were already baptized members of other Christian churches who wished to become Catholic. During the Easter Vigil, they made a profession of faith, were confirmed and received their first Communion. Nine of the new Catholics explained why they became Catholic in the April 20 issue of Arkansas Catholic. Read their stories below. 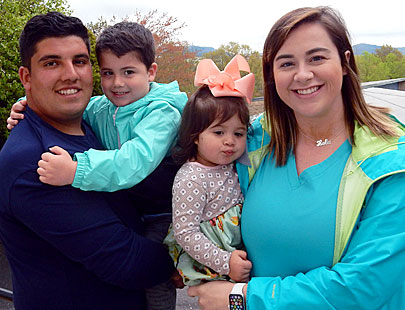 “We had some issues in our marriage. My husband wanted us to go to (Misioneros Vicentinos Laicos) meetings at St. John’s. I didn’t want to go at first because I didn’t speak a lot of Spanish. Then I saw a change in him. And so I got an interpreter and I started going with him. I felt a change in myself and we became closer. After that I wanted to become a Catholic because I felt best being a part of the Catholic Church. I felt it was the path God wanted me to go. My husband and I are closer and I feel we are closer because we are closer to God.” — Katie Vega, 26, elect, St. John the Baptist Church, Hot Springs 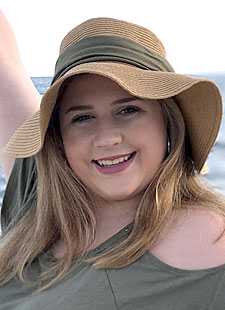 “I remember growing up in a home where we went to church every Sunday at a non-denominational church. I felt like I didn’t get anything out of the church services. … I knew in my heart that there was a different denomination for me. In high school I interned at Christ the King Catholic School and went to the children’s Mass with the students. I fell in love with the church and what it stood for. It didn’t take me long to realize where I belonged. The reason I fell in love with the Catholic Church and decided to convert was because of the structure. When you become a Catholic, you become part of something much bigger than yourself. I’m glad I can go anywhere in the world and find a Catholic church whose Mass I would understand.” — Lindsey Abbey, 19, candidate, Christ the King Church, Fort Smith 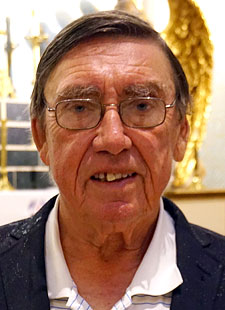 “I got married and just had an anniversary, March 28, 1972. From that day until this day, the only church I’ve attended is the Catholic Church. I have three children and they were all baptized Catholic, all went to St. Patrick School. ... The nun there (was principal) Sister Lucille Sluyter. When she was on her death bed, we’d go visit her from time to time. The last time I saw her she said, ‘You need to get baptized.’ (She died Jan. 21, 2018). I decided last summer ... just to go ahead and do it. I’m 68, I own Rankins Railroad Service business. I still work every day 10, 12 hours. I get up sometimes at 3:30, but I’m always up at 4 ... I just decided if I’m ever going to do it I’m just going to have make the time to do it.” — Doyle Rankins, 68, elect, St. Patrick Church, North Little Rock 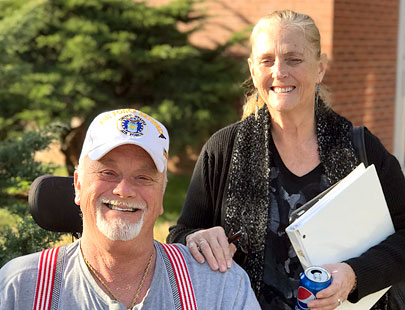 “My journey began with my husband’s journey. He became interested in the Catholic Church when we came to Mass with our daughter. Also, when he was in a coma, he had a vision and afterwards I agreed to attend RCIA with him to learn more. I have had bad experiences with other religious fanaticism and have found it hard to even enter some so-called churches. The Catholic Church is a great exception.  I find myself at peace upon entering the doors of the Catholic church. As we have continued to study, I have embraced everything I have learned and discovered that I’ve basically, with a few exceptions, been living an almost Catholic life already. Converting to Catholicism has been a natural step for me in growing in my faith life and in growing closer to God.” — Kathy Jenkins, 62, and her husband Bill Jenkins, 62, candidates, St. Vincent de Paul Church, Rogers 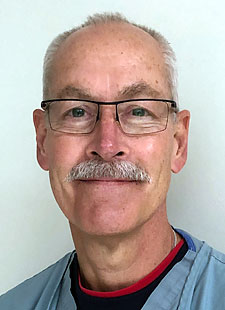 “I was born and raised as a Protestant Reformed Christian but always had an inquisitive nature ... While accepting Christ as my savior at the age of 12, I was always searching for more explanations regarding my faith. That led to a long road of research and reading and it never failed that once I found information into the depths of the Catholic Church I felt I had finally found the details of my faith much more explained in detail and my spirit told me I was on the right path ... He has been so good to me and is transforming me into the person he always wanted me to be.” — Dr. Brad Wierda, 62, candidate, St. Stephen Church, Bentonville 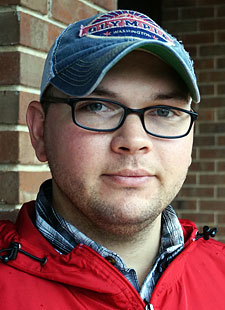 “I chose to become a Catholic because I wanted to be closer to God. God is very inspirational, far greater than any man alive on this earth today … I had my first experience here at Holy Souls. I asked God if he could give me a sign to show he was here; mind you, I wasn’t a full believer until I was acknowledged by him. It scared me more than ever. I realized he was letting me know he was here and ready for me to give everything up to him.” — Kaleb Richins, 27, candidate, Our Lady of the Holy Souls Church, Little Rock 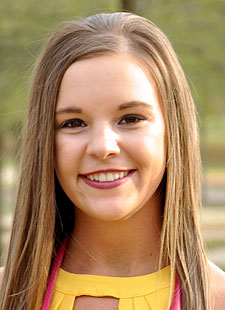 “While growing up my family and I attended a Pentecostal church in my hometown … I moved to start college at Arkansas Tech University in Russellville, where I met my fiancé, who is Catholic. I started attending his hometown church in Subiaco with him every week and began to become curious about Catholicism. The Masses are always so beautiful and touch me in a way I have never felt before. Each homily increased my desire to learn more. After attending the Catholic Church with him for two years, I finally decided to become Catholic. I started RCIA in September of 2018. Every Wednesday for several months, I have attended RCIA class and learned about the Catholic faith. During the Masses we attended specifically for RCIA, the members of the Church were always so welcoming. That is one of the things I love most about the Catholic Church.” — Emily Black, 22, candidate, Christ the King Church, Fort Smith 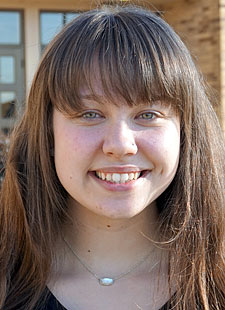 “I started going to Mass with my fiancé when we started dating. At first I was just going and checking it out, seeing how it was because I had never been before, but I wasn’t like scared or anything to go. I grew up Baptist. I had kind of not super been into church just because of school and stuff. I just hadn’t gone as regularly as I wanted to or been super motivated. I really liked how one, universal the Church is, you don’t necessarily have to go to the same one every time. You get the same experience no matter which one you go to. And I really appreciated how dedicated everyone was to the faith and I really appreciated the ritualism of it … I felt very at home in the Catholic Church.” — Rebecca Bailey, 22, candidate, St. Joseph Church, Conway 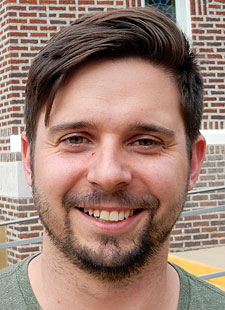 “I was raised in the Pentecostal Church. There were so many things that bothered me about how many denominations there are. Not all of them can be right. That was really one of the many things that brought me into looking into joining the Church. When I started looking into it, I knew about Communion, the Eucharist, I didn’t know anything about the real presence of Christ. That really drew me in. Then when I read about the Church fathers in the second century, that (the Church) went back that far, that it was closer to the time of Christ — that brought me in. It satisfied me, what I was looking for.” — Ryan Burton, 29, elect, St. Mary of the Springs Church, Hot Springs

Arkansas Catholic also offers a list of all those who entered the Catholic Church in Arkansas at the Easter Vigil as well as a feature story about a Palestinian native who converted from Islam to Catholicism. Find out about new Catholics nationwide by visiting the U.S. Conference of Catholic Bishops. During the Rite of Election in March, Bishop Anthony B. Taylor welcomed all those going through the RCIA process. If there are any new Catholics who entered the Church through your parish, we invite you follow the bishop's example and introduce yourself and welcome them to your parish community. If you know anyone who might be interested in Catholicism, invite them to Mass. To learn more about the RCIA process, visit RCIA Q&A, or contact a Catholic parish near you.