"Dear Sisters and Brothers in Christ,

"With faith in eternal life that comes through our Lord Jesus Christ, I announce the death of Father James Michael Fanrak on Friday, Oct. 29, 2022, in Mountain Home, Arkansas. 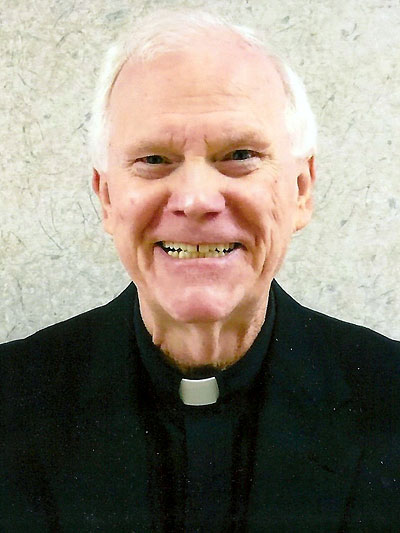 "Father Fanrak was born to Thomas Francis Fanrak and Helen Theresa Potts in Philadelphia, Pennsylvania, on May 12, 1943. He attended Catholic parochial and high school in Philadelphia before going to Lewiston, New York, where he earned a bachelor’s degree in education at Niagara University in 1968.

"Toward the end of his college education, Father Fanrak began to discern a vocation to the religious life in the Oblates of St. Francis de Sales. He wanted to be a teacher. He attended seminary at Saint Charles Borromeo Seminary in Philadelphia, Pennsylvania. His Eminence, John Cardinal Krol, ordained Father Fanrak to the priesthood on June 5, 1971.

"After ordination, Father Fanrak taught at the Salesian High School in Wilmington, Delaware, and at Northeast Catholic High School in Philadelphia, Pennsylvania, from 1971-1980. He served in parish ministry as an Oblate of St. Francis de Sales in Virginia and Pennsylvania.

"In an interview with Arkansas Catholic on the occasion of his 50th ordination anniversary, Father Fanrak recalled hearing about the Diocese of Little Rock from the Most Rev. Francis I. Malone of Shreveport and the late Msgr. Bernard Malone about priestly ministry in the Diocese of Little Rock. In April 1991 he came to Arkansas and served as associate pastor of St. Peter the Fisherman in Mountain Home.

"In addition to parochial assignments, Father Fanrak served on the diocesan Presbyteral Council and as dean of the North Ozark Deanery. On June 12, 2022, Father Fanrak transitioned to senior status.

"Priests of the Diocese of Little Rock are asked to please offer three Masses for Father Fanrak.