Each winter, Catholic schools nationwide celebrate Catholic Schools Week. This year, it is being held Jan. 25-31, marking the 41th anniversary of the observance. The theme: "Catholic Schools: Communities of Faith, Knowledge and Service," notes the values at the heart of a Catholic education. First, schools are small communities of faith within the larger community of home, church, city and nation. Second, faith, knowledge and service are the measures by which any Catholic school should be judged. Schools nationwide observe the week with special Masses, open houses and other activities for students, families, parishioners and the community. To learn how Catholic schools in Arkansas celebrate this week, read the Catholic Schools Herald in this week's Arkansas Catholic. ... More 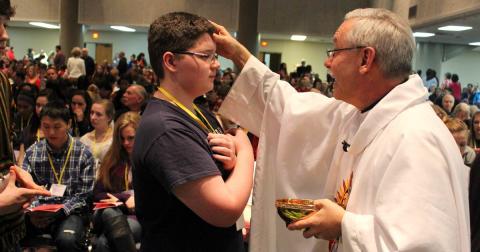 Bishop Anthony B. Taylor will celebrate the Mass for Life at noon, Sunday, Jan. 18 at the Statehouse Convention Center Ballroom in downtown Little Rock. Prior to the Mass, eucharistic adoration will begin at 11 a.m. followed by the Rosary for Life at 11:15 a.m. Anyone who has lost a child is invited to sign the Book of Innocents in their memory. Red roses will be placed near the altar to honor these children and their families during Mass. Each year, this Mass is celebrated to mark the anniversary of the U.S. Supreme Court's Roe v. Wade and Doe v. Bolton decisions that legalized abortion in the United States. The event is an opportunity for Catholics statewide to come together and pray for an end to abortion. ... More 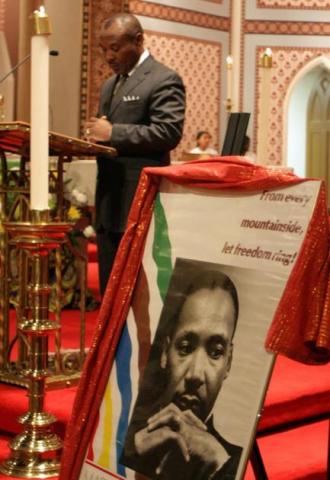 The 29th annual Dr. Martin Luther King Jr. Memorial Mass will be held at 4:30 p.m., Saturday, Jan. 10 at the Cathedral of St. Andrew in Little Rock. Bishop Anthony B. Taylor will be the celebrant and homilist. The Mass is sponsored by the Diocesan Council for Black Catholics. During the Mass the Daniel Rudd Award will be handed out to a black Catholic who is active in his or her parish and community. To learn more, contact Rosalyn Pruitt at (501) 375-9617. ... More

Pacheco to be ordained a deacon 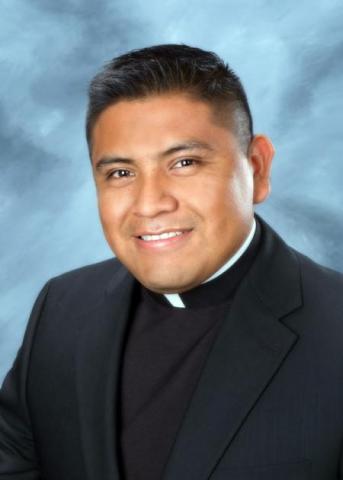 Bishop Anthony B. Taylor will ordain Luis Miguel Pacheco to the transitional diaconate on Wednesday, Dec. 17 at St. Theresa Church in Little Rock. The 6:30 p.m. Mass will be followed by a reception in the parish hall. He will serve at his first Mass as a deacon at St. Theresa during the 11 a.m. Mass in English and the 1 p.m. Mass in Spanish on Sunday, Dec. 21. Pacheco is currently serving a pastoral year at Immaculate Conception Church in North Little Rock in preparation for ordination to the priesthood on May 28, 2016. He is the son of Miguel Pacheco and Pascuala Calero of Telixtac, Morelos, Mexico. To learn more, read or listen to his vocation story. If you wish to contact him to congratulate him or assure him of your prayers for his continued discernment of priesthood, please e-mail him. ... More

Sidler to be ordained to priesthood 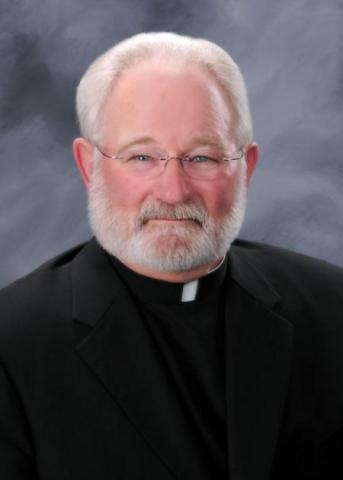 Bishop Anthony B. Taylor will ordain Deacon Jack Sidler, Sr. to the priesthood on Saturday, Dec. 20 at St. Benedict Church on the grounds of Subiaco Abbey. The 10 a.m. Mass will be followed by a reception. He will celebrate his first Mass at Sacred Heart of Mary Church in Barling on Sunday, Dec. 21 at 10 a.m. Father Sidler will become the new associate pastor at Christ the King Church in Little Rock on Jan. 1. Sidler recently graduated from Sacred Heart School of Theology in Hales Corners, Wis. with a degree in theology. He is a member of Sacred Heart of Mary Church in Barling. He began his discernment of the priesthood after the death of his wife in 2008. The retired father and grandfather became a seminarian for the Diocese of Little Rock in 2011. ... More 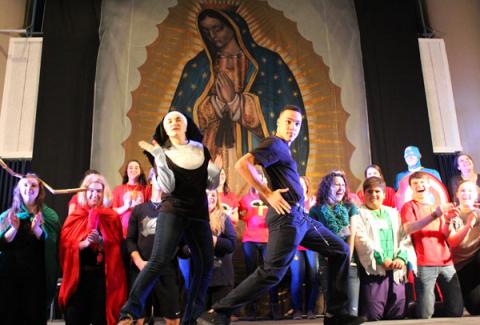 The diocesan Catholic Youth Ministry Office will sponsor its annual Weekend Extravaganza, a "lock'in" for teens at Robinson Center and DoubleTree Hotel in Little Rock Jan. 17-18. This event, which is open to youth in grades 9-12, coincides with the diocese's Mass and March for Life to follow on Jan. 18. Led by the diocesan Youth Advisory Council (YAC), Weekend Extravaganza includes music, skits and speakers that focus on right-to-life issues through a teen's perspective. This year's speaker is Melissa Ohden. She is the survivor of a failed saline infusion abortion and the founder and director of For Olivia’s Sake, an organization that raises awareness of the intergenerational impact of abortion on men, women, children, families and communities. ... More

The 27th national collection for the Retirement Fund for Religious will be held Dec. 6-7 in the Diocese of Little Rock. The annual, parish-based appeal is coordinated by the National Religious Retirement Office (NRRO) in Washington and benefits more than 35,000 senior Catholic sisters, brothers and religious order priests. Last year, the Diocese of Little Rock contributed $147,174.24 to this collection. In 2014, the Benedictines at St. Scholastica Monastery in Fort Smith and Subiaco Abbey, Discalced Carmelite nuns and the Olivetan Benedictine sisters received financial support made possible by the Retirement Fund for Religious. ... More

Prepare the way of the Lord during Advent

Advent is a four-week season of joy, anticipation and repentance to prepare for the coming of our savior, Jesus Christ. The word "advent" comes from the Latin "adventus" which means coming. It begins on Nov. 30 and continues through Dec. 24. We are invited to reflect on the wondrous mystery of our Savior's birth and his coming again in glory at the end of time. To learn more, see the Catechism of the Catholic Church, nos. 524-528 or visit our 2014 Advent Resource Guide. Advent also marks the beginning of the liturgical year in the Catholic Church. Unlike the secular year, which marks the passage of time, the liturgical year celebrates the sacred mysteries of the birth, life, death and resurrection of Jesus. The Christmas ... More