Bishop Anthony B. Taylor asked Gov. Asa Hutchinson to commute the sentences of the eight men to be executed to life in prison without parole. To join the bishop in his appeal, click on the link above and e-mail the governor asking him to halt these executions.

More Ways to Get Involved 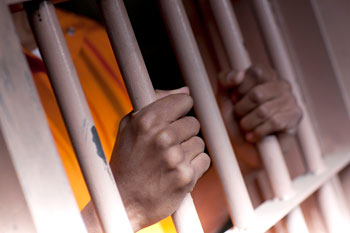 After the United States Supreme Court chose not to hear a challenge to the state’s death penalty statutes, Arkansas Attorney General Leslie Rutledge and Gov. Asa Hutchinson scheduled these executions. No death row inmate has been executed in Arkansas since 2005. There are 34 death row inmates in Arkansas. To learn more about the executions, read Arkansas Catholic.

Bishop Anthony B. Taylor wrote a letter to the governor asking him to halt the executions and commute the sentences of the eight men to life without parole. He also asked to discuss this with the governor in person.

"Though guilty of heinous crimes, these men nevertheless retain the God-given dignity of any human life, which must be respected and defended from conception to natural death," he wrote. "I know that Arkansas is not governed by the teaching of the Catholic Church, but the intrinsic, God-given dignity of the human person applies to everyone."

"I know as governor you feel responsible for fulfilling the law (the death penalty) but the law also puts the ultimate responsibility on your shoulders to follow a higher law, the divine law," the bishop wrote. "As governor you have the power to commute these sentences to life without possibility of parole and so I appeal to you to do so — and not only out of concern for these eight men, but also out of concern for the damage that the death penalty does to all of us as a society." Read the letter.

Public events to discuss these executions and the death penalty as well as prayer vigils, protests and programs that tell the stories of death row inmates have been held in March and continue into April. Upcoming events include the following:

Arkansas Rally Against Executions — The Arkansas Coalition to Abolish the Death Penalty will host the Arkansas Rally Against Historic Mass Executions to protest the executions at 1:30 p.m. on State Capitol steps in Little Rock on Good Friday, April 14. For more information, email info@arkansasabolish.com or call (929) 341-0041. The coalition is a nonpartisan, ecumenical organization which brings together social justice and religious organizations in Arkansas to oppose the death penalty.

Novena for Clemency — The Benedictine sisters of St. Scholastica Monastery in Fort Smith are hosting this event April 9-17 for the eight Arkansan death row prisoners who will be executed April 17-27. Visitors are encouraged pray with them outdoors at the monastery cemetery each day at 3 p.m. For more information, call (479) 783-4147.