Invest in the Future of our Church

Click on the button above to donate online to Support Seminarian Education in the Diocese of Little Rock. For more information, contact Maria Izquierdo at (501) 664-0340, ext. 378.

God is answering our prayers. He is calling men to the priesthood and they are listening. Bishop Anthony B. Taylor has ordained 46 diocesan priests in the past 14 years. God willing, we will ordain two more to the priesthood in May 2023. As a result, the median age of active, diocesan priests serving in Arkansas has dropped from 65 to 44. These new priests make up nearly half of all priests currently in active ministry. | New Priests

Msgr. James E. O’Connell started an endowment fund for our diocesan seminarians more than 50 years ago. This fund was invested and it helped cover the cost of educating our seminarians for many years. But that is no longer the case. Now, it costs $36,000 to educate one seminarian per year. This includes tuition, room and board, health insurance and other needs. With the increases in cost and seminarians, we need your help to form our future priests.

"You want, not just a person who is intellectually capable of giving a homily, but one who has a pastor's heart, and has received the kind of formation on a human level that's going to make him a good father. And that's a huge investment. But you're also investing in the future of the Church." — Father Mauricio Carrasco, ordained May 2012 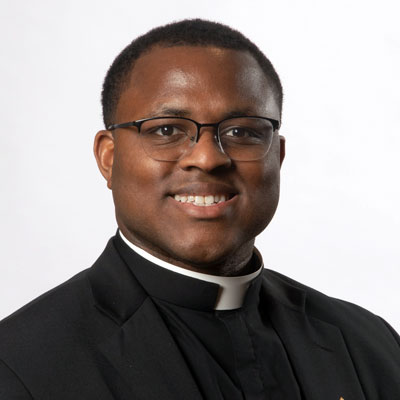 Get to Know Our Seminarians

"A Catholic teammate and I attended a nine-week evangelical program that aimed to empower college students to live and proclaim the Gospel of Christ. I tried everything to convert my friend to Protestantism because I thought Catholicism was not true Christianity, and he required salvation. We started studying Catholic philosophy, theology and Church history together. In direly desiring truth, we finally believe we have found it. During Easter 2018, I said yes to God's call to enter his Church. I now realize that becoming Catholic was the best decision of my life." | Read More. 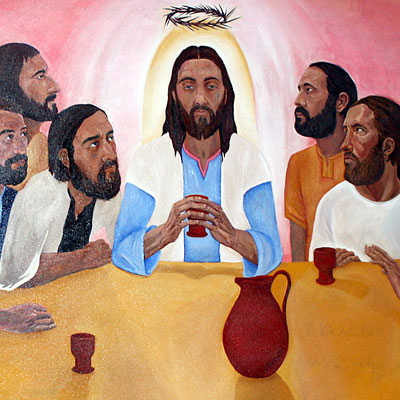 Learning Where You Serve

College seminarians live in community at the House of Formation with Father Jeff Hebert, vocations director and prefect. Bishop Taylor, who also lives on the campus, frequently joins the community for Mass, dinner, prayer and other group activities. The seminarians take classes at local universities and the House of Formation, which offers both core courses and electives in philosophy. Being formed in the diocese is "not something abtract because they're in a place several hours from here and know they're going to be coming here someday. They actually have relationships with the people here in the diocese," explained former vocations director Msgr. Scott Friend. | Artwork

"I'm blown away by the generosity of the people of God. Honestly, I just wouldn't be here without it." — Father Jon Miskin, ordained May 2019

Click on the button above to donate online to Support Seminarian Education in the Diocese of Little Rock. For more information, contact Maria Izquierdo at (501) 664-0340, ext. 378.