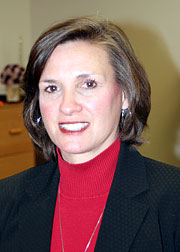 She replaced Vernell Bowen, who served as superintendent until her retirement in June.

In addition, the former principal of Our Lady of the Holy Souls School in Little Rock, Ileana Dobbins, was named the new associate superintendent of schools. Dobbins was the principal at Holy Souls for 15 years before leaving this summer. Prior to being principal there, she also served as an assistant principal, teacher and guidance counselor.

Together they will work with and guide the 28 Catholic schools in Arkansas that educate nearly 7,000 students in preschool through high school in 18 cities statewide. To learn more about our Catholic schools, see the school map, statistical information or read the Catholic Schools Herald, which is published four times a year by Arkansas Catholic.